This weekend Americans will be celebrating our country’s independence, but these creatures are one step ahead of us! Check out nature’s version of the good ol’ red, white, and blue 🗽🇺🇸 Happy Fourth of July! 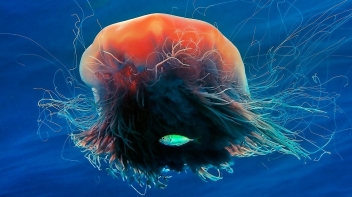 The lion’s mane jellyfish (Cyanea capillata), also known as hair jelly, is the largest known species of jellyfish. Its range is confined to cold, boreal waters of the Arctic, northern Atlantic, and northern Pacific Oceans. 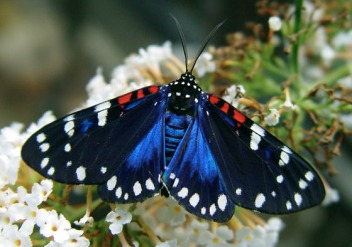 Composia fidelissima sometimes known as the faithful beauty or Uncle Sam moth is a moth in the Erebidae family. It is found in southern Florida and the West Indies, including Cuba. 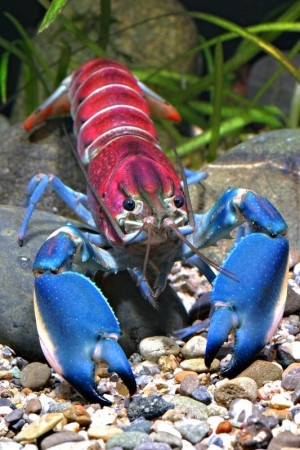 An independent German researcher has for the first time described this crayfish as a new species. The blue, pink and white crayfish from Indonesia has been dubbed Cherax pulcher. “Pulcher” is Latin for “beautiful.” 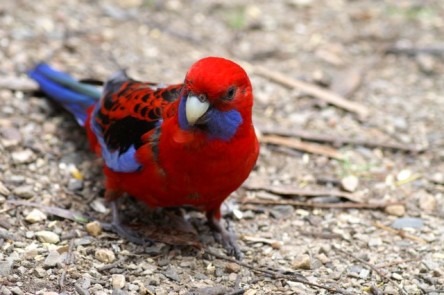 The crimson rosella (Platycercus elegans) is a parrot native to eastern and south eastern Australia which has been introduced to New Zealand and Norfolk Island. It is commonly found in, but not restricted to, mountain forests and gardens.

Butterflies use brilliant colors for a variety of purposes – to attract potential mates, to advertise their unpalatability, or to warn avian predators. They tend to occupy sunlit areas. Not so with the Malay Red Harlequin, which is normally seen only as a silhouette in the shadowy undergrowth. 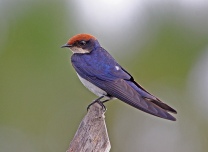 The Wire-tailed Swallows are swallows found in Africa and Asia. Their common name is derived from their very long, fine outer tail feathers which trail behind like two wires; and their scientific name honors Professor Chetien Smith, a Norwegian botanist, who was a member of the expedition that discovered this species.

The blue crab is so named because of its sapphire-tinted claws. Its shell, or carapace, is actually a mottled brownish color, and mature females have red highlights on the tips of their pincers.

The Siamese fighting fish, or betta, is a vibrantly-colored fish often seen swimming solo in ornamental vases in both the office and home.

The red-crested cardinal gets its common name from its prominent red head and crest. Also known as the Brazilian Cardinal, it was introduced around 1930 from South America. It feeds on seeds, plant matter, insects and fruit.

Monkey hoppers are brightly colored grasshoppers, many with lovely blue, teal, orange, or red highlights on their bodies. They also have the odd nickname of “matchstick grasshoppers”, probably because their long hind legs always seem to be awkwardly sized for their bodies.