Can you feel that? I think my nerdy little heart just skipped a beat. 😍

A group of international astronomers have pushed NASA’s Hubble Space Telescope to its limits. As a result, they’ve smashed records by measuring the furthest galaxy ever seen in the universe! Bye, bye, cosmic distance record. Hello GN-z11!

This surprisingly bright infant galaxy, named GN-z11, is seen as it was 13.4 billion years in the past, just 400 million years after the Big Bang. 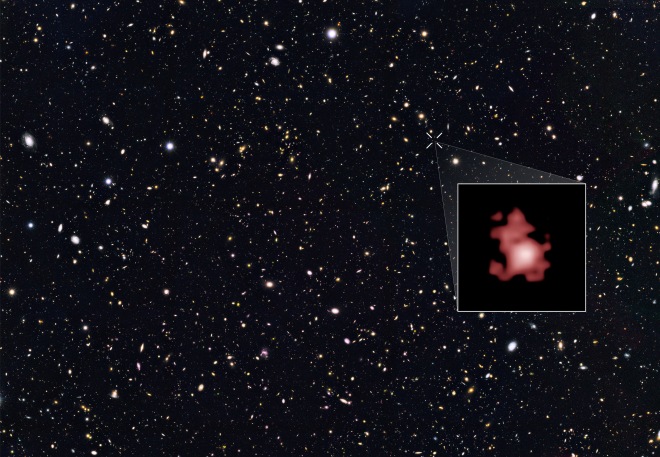 “We’ve taken a major step back in time, beyond what we’d ever expected to be able to do with Hubble. We see GN-z11 at a time when the universe was only three percent of its current age,” explained principal investigator Pascal Oesch of Yale University.

Astronomers are closing in on the first galaxies that formed in the universe. The new Hubble observations take astronomers into a realm that was once thought to be only reachable with NASA’s upcoming James Webb Space Telescope.