Icy mountains on Pluto and a new, crisp view of its largest moon, Charon, are among the several discoveries announced Wednesday by NASA’s New Horizons team, just one day after the spacecraft’s first ever Pluto flyby. Here is a collection of incredible photos that highlight just a few of NASA’s recent findings. Feel free to geek out – such an exciting time! 🚀

“Pluto New Horizons is a true mission of exploration showing us why basic scientific research is so important,” said John Grunsfeld, associate administrator for NASA’s Science Mission Directorate in Washington. “The mission has had nine years to build expectations about what we would see during closest approach to Pluto and Charon. Today, we get the first sampling of the scientific treasure collected during those critical moments, and I can tell you it dramatically surpasses those high expectations.” 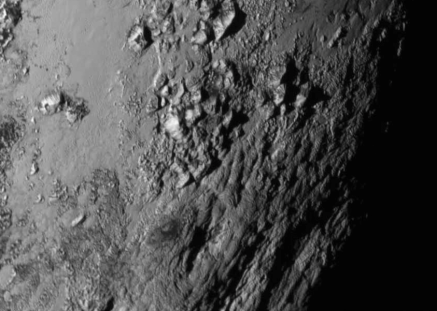 New close-up images of a region near Pluto’s equator reveal a giant surprise — a range of youthful mountains rising as high as 11,000 feet (3,500 meters) above the surface of the icy body. Credits: NASA/JHU APL/SwRI 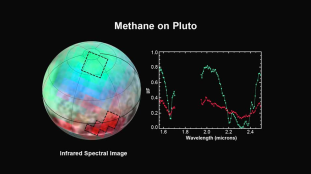 The latest spectra from New Horizons Ralph instrument reveal an abundance of methane ice, but with striking differences from place to place across the frozen surface of Pluto. Credit: NASA-JHUAPL-SwRI﻿ 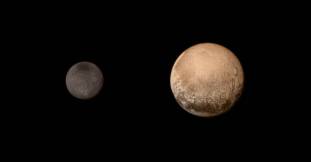 A portrait from the final approach. Pluto and Charon display striking color and brightness contrast in this composite image from July 11. Credits: NASA-JHUAPL-SWRI 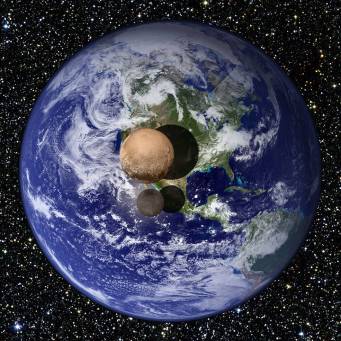 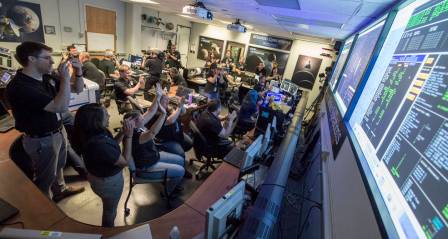 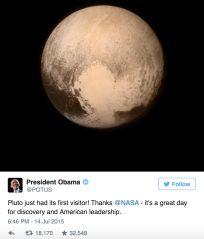 Even President Obama got in on the Pluto action! Twitter: @POTUS 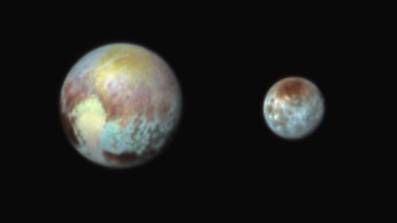 New Horizons has obtained impressive new images of Pluto and its large moon Charon that highlight their compositional diversity. These are not actual color images of Pluto and Charon—they are shown here in exaggerated colors. Image Credit: NASA/APL/SwRI 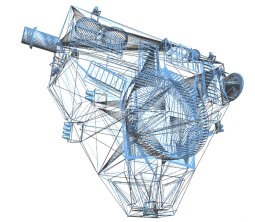 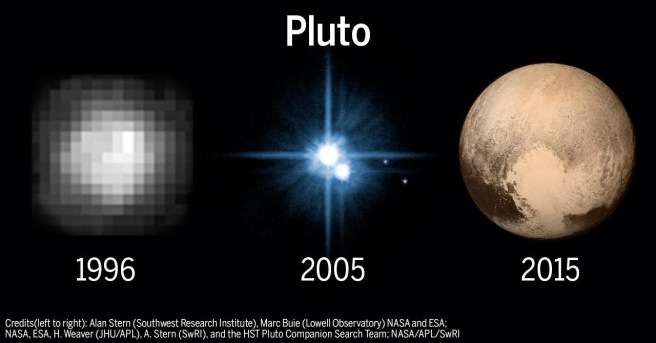 Pluto over the years.