Have you ever wondered what it looks like when snakes digest their prey? As humans, we tend to eat certain parts of animals… while snakes eat and digest whole animals.

Below are a series of X-Ray images that reveal just what happens when a Burmese python swallows an entire alligator.

Burmese pythons are one of the five largest snakes in the world. Their body’s response to eating such large prey is what makes them a model species for digestive physiology. After they ingest their prey, their digestive system goes into hyper-drive. Each meal triggers dramatic increases in metabolism, upregulation of tissue function and tissue growth. Their organs literally supersize themselves!

Dr. Steven Secor, Professor at the University of Alabama, is obsessed with ‘the integrative design of gastrointestinal morphology and function.’ Who isn’t, right? 😉

Dr Secor said: ‘For the Burmese python, native to southeastern Asia, the next meal could range from a monitor lizard or ground-dwelling bird to a prey as formidable as a pangolin, deer or leopard… When it does eventually capture a prey and feed, the python’s previously dormant gut rapidly resumes function to tackle the difficult task of digesting a prey that may exceed half of the python’s own body mass. Upon the completion of digestion, these postprandial responses are thrown into reverse; tissue function is collectively downregulated and tissues undergo atrophy.’

Dr. Secor and his colleagues discovered that the snake’s heart increased by 40%, it’s pancreas increased by 94%, it’s kidney’s increased by 72%, and the reptile’s liver more than doubled in size.

Day 1- Here, you can see the alligator’s snout, torso, legs, and tail, snuggly stuffed in the python’s gut. 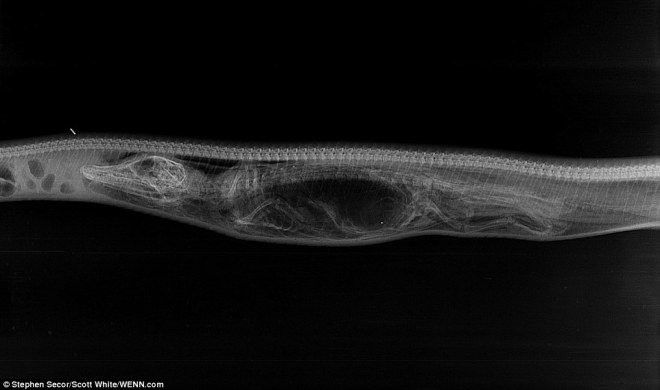 Day 2 – The soft tissue is dissolving and the skeleton has begun to break down. The python floods its small intestine with powerful enzymes and acid, while its metabolic rate increases – forty times! 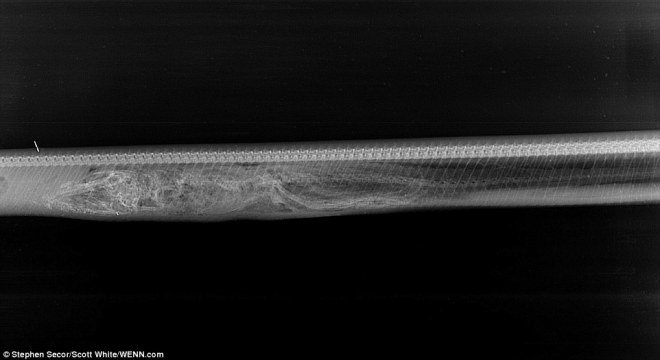 Day 3 – The bones continue to be broken down, it’s scaly skin disappearing. The snake is essentially immobile during such a large meal, making it vulnerable to predators. 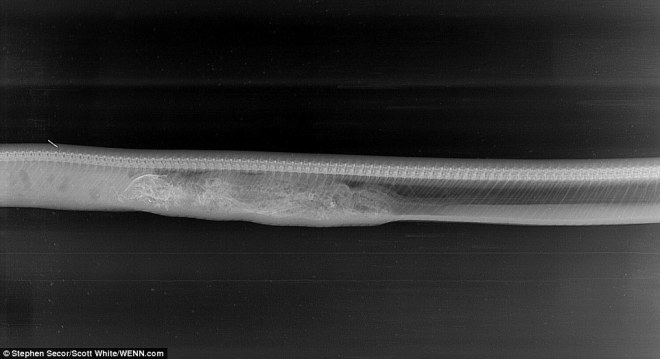 Day 4 – Only the hardest parts of the alligator remain as the python begins its final stages of digestion.

Day 5 – Almost finished. The snake must digest quickly before the alligator rots.

Day 6 – Little is left of the alligator. By day 7 the python’s large snack will be completely digested. 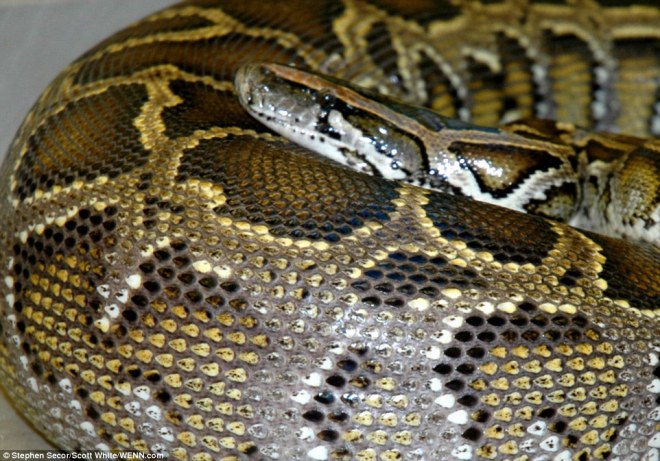